Deterministically and reversably shuffle a file's bytes around.

Shuffle a file in place

Unshuffle a file in place

Run with -h for more options.

Whereas V2 uses a single mmap(). 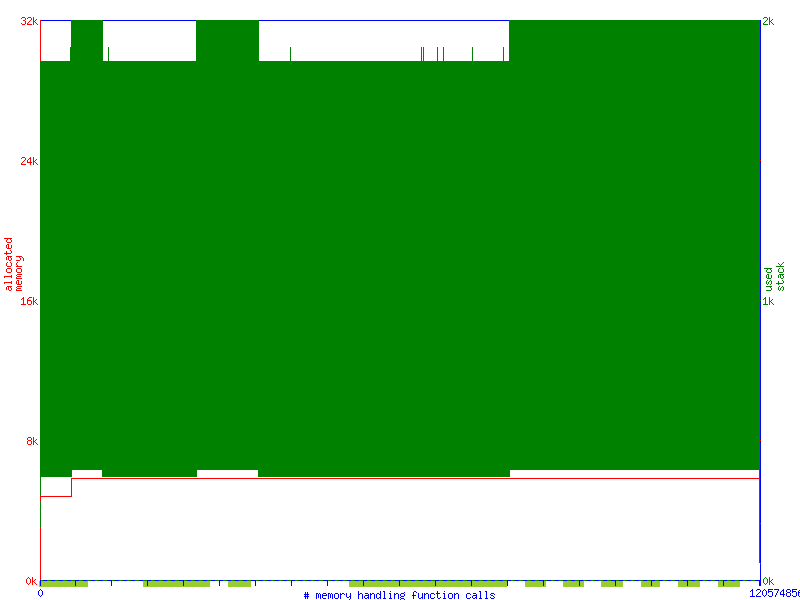 This is due to how the unshuffler buffers RNG results.

v1 naively used VLAs to store this buffer, which can baloon to 8 times the size of the file being unshuffled. It dumps this massive buffer onto the stack frame of a function that is called multiple times, causing massive and inefficient stack usage.

This can cause a segfault when attempting to unshuffle a large file, while shuffling a file of the same size might succeed.

The memusage graph for v2 is a lot more sane. 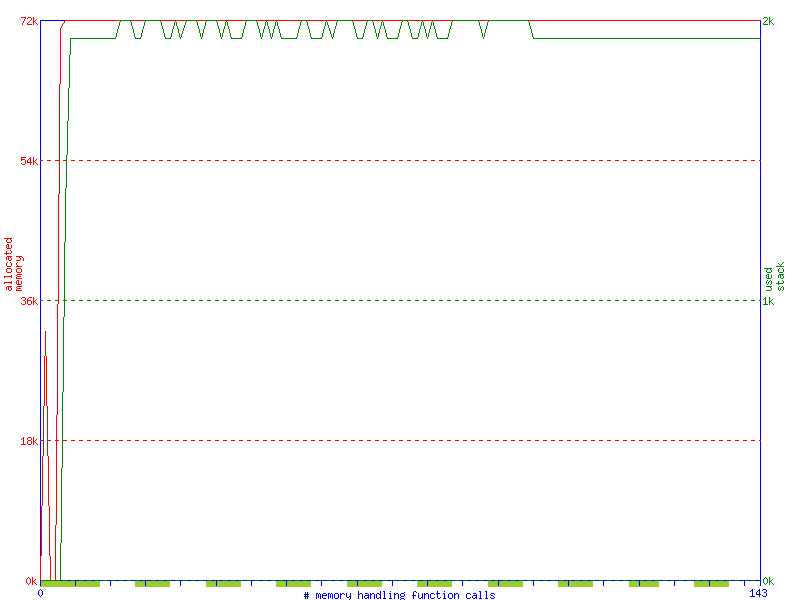 v2 instead allocates this buffer on the heap. Note the stable stack and heap usage.

Run make to build the normal binary. It will output to shuffle3-release.

The release (default) target uses the variables RELEASE_CFLAGS, RELEASE_CXXFLAGS and RELEASE_LDFLAGS to specify opitimisations, as well as the OPT_FLAGS variable. These can be set by you if you wish.

The default OPT_FLAGS contains the flag -march=native. This may be underisable for you, in which case set the variable or modify the makefile to remove it.

To build with debug information, run make debug. Extra debug flags can be provided with the DEBUG_CFLAGS, DEBUG_CXXFLAGS and DEBUG_LDFLAGS variables which have default values in the Makefile.

The build and unstripped binary will be shuffle3-debug.

To build with Profile Guided Optimisation run make pgo, the stripped and optimised binary will be output to shuffle3-pgo.

There are some build-time flags you can switch while building by appending to the FEATURE_FLAGS variable.

There is a gentoo ebuild for this project in the overlay test-overlay. direct link